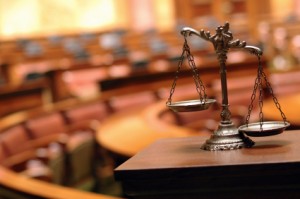 Joseph Cerino started his career from humble beignnings. He was raised in the Bronx by his hard working parents. He is the son of a New York City bus driver and his mother was a homemaker.  He attended St. John’s University in Jamaica, NY, and received his bachelor’s degree at Florida State University. Joe received his law degree from Florida State University College of Law. He uses a combination of street smarts, experience, and quality education to offer his clients the best possible representation.

After law school, Cerino worked as an assistant public defender until 2000 when he left to start the law firm of Bass, Cerino, and Brizel. In 2012, Joseph Cerino opened his own private practice, the Law Office of Joseph Cerino, to better serve his clients.

Joseph Cerino is an active member of the Southwest Florida Community. He is a past president of the Board of Directors of the Lee County Legal Aid Society and a current board member.  He is the past president of the Cape Coral Gold Coast Rotary Club, and is currently an Area Governor.  Joseph Cerino is a family man. He is married to Amy Hawthorne and has one daughter, Cassandra, who recently graduated from the University of Central Florida.