Those sentenced to prison in the state of Florida—regardless of the type of crime they committed—will serve a minimum of 85% of their sentence, with the exception of those charged with murder that have been sentenced to life in prison. All other offenses, including sexual assault, burglary and drug possession, face sentences of 3-15 years. This means they will serve at least 85% of that time, anywhere from 2.6 to 12.8 years dependent upon the crime. This applies to all persons who committed their crimes on or after October 1, 1995. 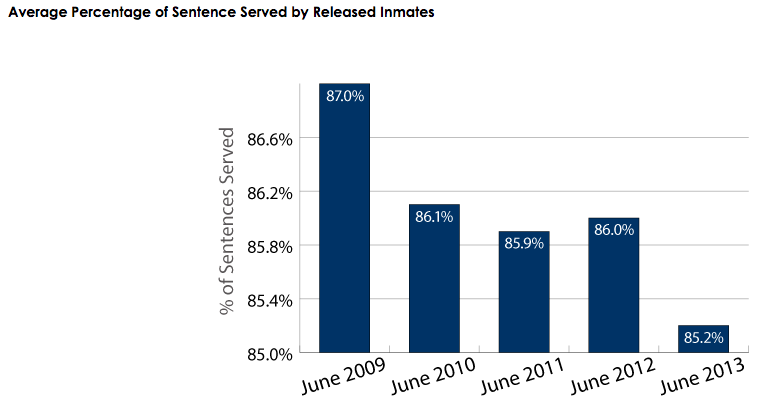 On average, inmates released from Florida prisons have actually served over 85% of their sentences over the last five years.

To learn more about the average percentage of sentences served by released inmates, read the full article from the Florida Department of Corrections. Read more >>